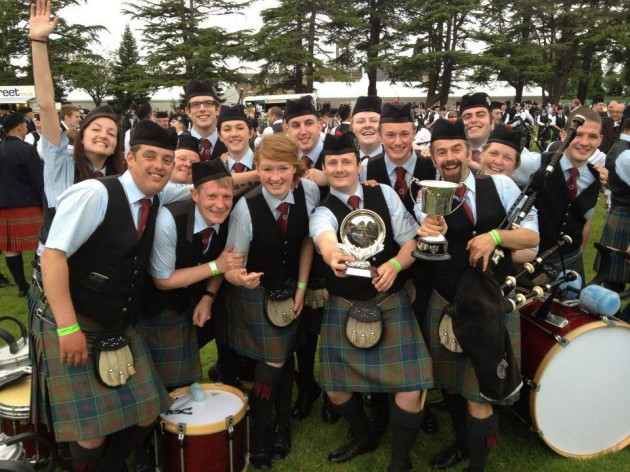 "The event brings both the local community and the world’s piping community together, and Scotmid Co-operative is delighted to be a part of this year’s event.”

Forres will be coming alive with the sound of over 100 piping bands on 28 June, for Piping Hot Forres – the European Pipe Band Championships. Scotmid is a gold sponsor of this year’s event and will be hosting a stand in the marquee, where Scotmid members can pick up a free gift.

119 bands have now signed up to play in the town’s Grant Park, with bands from all over Scotland, as well as Australia, the United States, Switzerland and Ireland. Defending their title as current Grade 1 European Champions will be last year’s winners, Field Marshal Montgomery Pipe Band. The organisers, Forres Events Ltd, are hoping the event, in only its second year, will attract crowds of up to 20,000 – 3,000 up on last year, making this the biggest single day event in Moray.

There will be an emphasis on learning the pipes and drums at this year’s event, with an education tent where people of any age can give it a go, with a performance by school pupils from the Forres Pipe Band.

The World’s best tattie scone competition will also be held at the event, with the aim to make a tattie scone using a set recipe and ingredients, plus the entrant’s own ‘magic’ ingredient.

In addition to the piping there will be a craft tent, trade stalls and food and drink marquee, featuring some of the finest produce in Moray and the surrounding area.

Malcolm Brown, Head of Corporate Communications for Scotmid Co-operative said: “We are honoured to be a gold sponsor of Piping Hot Forres and are looking forward to performances from some of the best pipe bands in the world. The event brings both the local community and the world’s piping community together, and Scotmid Co-operative is delighted to be a part of this year’s event.”

Ian Widdowson, Chairman of Forres Events Ltd, who run the event as not-for-profit said:  “It is great to see so many bands coming back to Forres and some new ones too and particularly wonderful to see bands coming from overseas – this is what we really wanted to do with bringing these games to Forres to showcase what a thriving place Forres, and Moray is.  With many of the bands staying in all areas from Inverness to Aberdeen this event is significant not just to Moray but across neighbouring areas.”

Moray Cllr John Cowe, Chairman of the Moray Economic Partnership said: “Last year’s inaugural Piping Hot Forres was an unqualified success and, as a spectacle, was one of the highlights of the summer both for the people of Forres and Moray and for those people visiting the area at the time.

“From an economic viewpoint, it is precisely the sort of major event that we want to attract to the area and all credit to the organisers for showing that Moray is more than capable of staging such a prestigious championship.

“This year’s event will again bring a welcome boost to accommodation providers and other businesses in the area and I am sure it will prove every bit as successful as last year.”

Benromach Speyside Single Malt Scotch Whisky is the Title Sponsor of the Championships which will be held on 28 June 2014 in Grant Park, Forres.