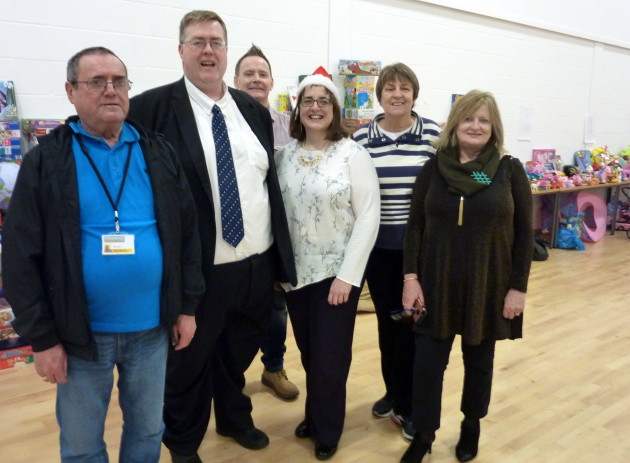 There will be 400 children waking up to a Christmas morning full of joy, all because of the Christmas spirit, which is alive and well in the hearts of the people of Lanarkshire

The Big Toy Giveaway at Motherwell’s Forgewood Community Centre proved to be a phenomenal success on Sunday (11 December) with over 400 local children now set to benefit from donated gifts.

The event was organised by Martine Nolan and Scotmid Co-operative donated £100 in vouchers to purchase gifts for the children plus a variety of toiletries and toys were provided by Semichem.

Martine said: “There will be 400 children waking up to a Christmas morning full of joy, all because of the Christmas spirit, which is alive and well in the hearts of the people of Lanarkshire.

“So many kind, generous people made the event special; those who donated items, volunteered their time and their own transport to collect toys and spend time preparing the community centre and helping on the day.

“We were also truly humbled by the generosity of the next generation, in the form of the pupils at Our Lady’s High School and Fir Park Secondary to undertake toy drives in support of their community.

Councillor Michael Ross, who is also a Director of Scotmid Co-operative, said: “It is hugely important in these times of austerity for people to come together and show real Christmas spirit in the local community.

“It was an incredibly worthwhile event that made a significant different to the families involved – there will be a lot of local children, who will enjoy an even better Christmas.

“Thanks to all the volunteers for ensuring the event at Forgewood Community Centre was a success.”

The two-hour event proved to be hugely successful with some of the remaining toys going to a local charity supporting children who come from a family with an addict parent; Blameless (http://blamelessuk.co.uk/ ) and the remaining few boxes went to a local Barnardo’s charity shop.