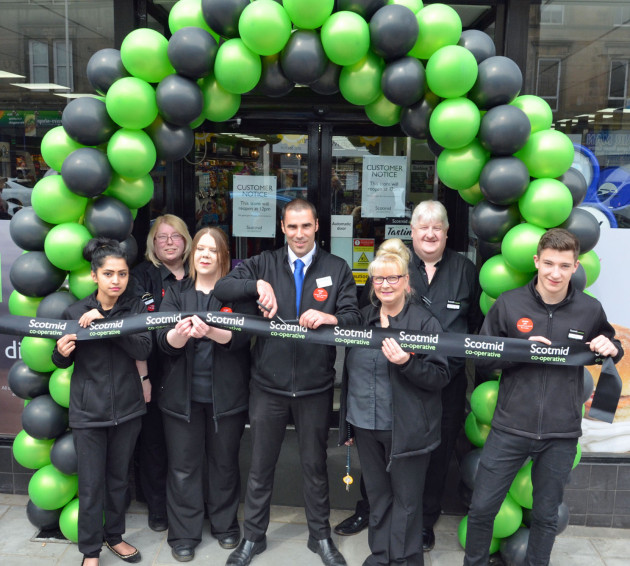 Scotmid Co-operative store in Pilrig kicked off its new range of local produce and marked the occasion by dishing out 50 golden tickets to customers – with one lucky local landing a 40-inch television.

The store, situated on Leith Walk, reopened with a greater emphasis on produce from local suppliers, enhanced food-to-go ranges and other progressive changes.

When the doors reopened, the first 50 customers were all rewarded with shopping bags filled with daily essential groceries.

Local and regular customer Ian Macnicol won a 40-inch television and says the gift was a pleasant surprise from his local convenience store.

Ian said: “I’m very pleased – it was a lovely surprise and, because I’m a regular in the store, I didn’t feel guilty about winning it.

“We run a guesthouse nearby, so we buy a lot of provisions from Scotmid every day and the new local produce is fantastic.”

Fellow local Ann Murray was chosen to do a trolley dash and says her biggest challenge was overcoming nerves beforehand.

Ann said: “It was quite a nerve-wracking experience, but I enjoyed it.

“I managed to do a wee recce the day before to suss out where everything was and I got everything I would usually buy.

“It was good fun and the store is excellent – I pop in every day.”

Barbara Rogers was also a lucky customer and she won a FitBit during a busy lunchtime in the store situated on Leith Walk.