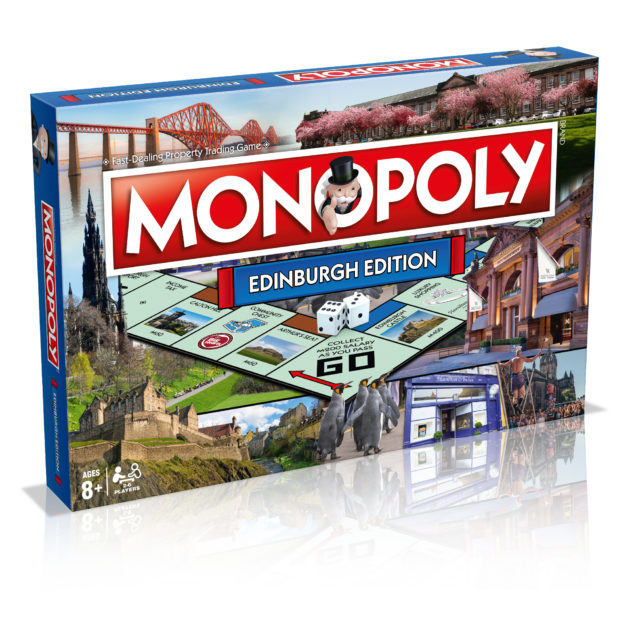 The brand new official MONOPOLY: Edinburgh Edition board hit the shelves at 10am today (8 November) and the city’s oldest community retailer, Scotmid will appear in the game as a Community Chest card.

It’s the first time ever that a Scottish MONOPOLY board has themed tokens as voted by the public.

King Penguins are beloved at the Zoo and have been a big draw there since 1919 and feature ahead of  the Giant Pandas – a more recent phenomenon.

Benjamin Thompson, Custom Games Manager at Winning Moves UK, makers of this game under official licence from MONOPOLY owners Hasbro said: “The game features the great and the good of Edinburgh and is a love letter to Scotland’s capital city.”

Landmarks ‘Passing GO’ on the board include Edinburgh Castle, the Zoo, the University, Tynecastle Park and Easter Road Stadium, Murrayfield, the Scottish Parliament – and lots lots more.

Scotmid Chief Executive John Brodie said: “Scotmid are delighted to be part of such an iconic game and it is fitting that we are included as we’ve been part of the Edinburgh landscape since 1859.”

The new game is available now at Ryman, Waitrose, Waterstones, WH Smith, The Works and all major toy and book retailers– as well as very widely online, including Amazon.