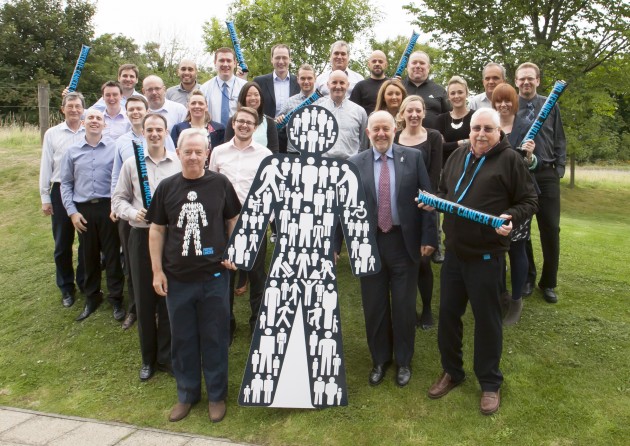 "Having the backing of Scotmid Co-operative’s staff and customers is an enormous boost..."

Prostate Cancer UK is to receive a welcome boost after being chosen as the new charity partner for Scotmid Co-operative. The independent co-operative Society, which includes Scotmid stores, Semichem stores, The Fragrance House stores, funeral branches and post offices, has set a fundraising target of £150,000 over the next year.

Staff are now planning a number of exciting fundraising activities to raise money for Prostate Cancer UK, with many male team members getting ready for Movember and others planning sponsored zip slides, abseils, marathons and cycles. All of Scotmid’s stores will have Prostate Cancer UK pin badges available for a suggested donation of £1. A key part of the charity partnership will also be about raising awareness of prostate cancer among staff members.

Malcolm Brown, Head of Corporate Communications for Scotmid said: “We are really excited about our new charity partnership with Prostate Cancer UK and our team is already full of ideas for raising as much money as possible. Prostate cancer is a cause that is very close to the hearts of many of our staff, customers and members and we are delighted that we can help.”

Fiona Dunlop, Fundraising Manager at Prostate Cancer UK, said: “We are absolutely delighted to have been chosen as Scotmid Co-operative’s new charity partner. Prostate cancer is the most common cancer in men and is predicted to be the most common cancer overall by 2030. We desperately need to raise funds and awareness to beat this terrible disease. Having the backing of Scotmid Co-operative’s staff and customers is an enormous boost as we fight to do exactly that.”

The new partnership with Prostate Cancer UK comes after Scotmid announced that it had raised a record amount of £267,000 for its 2012/2013 charity partner, Maggie’s. The Society’s charity partnership scheme, which began in 2001, has raised more than £1 million for charities since its initiation, including for The Princes Trust, RNLI and Marie Curie Cancer Care.