Hole in one for Strathaven Senior Open thanks to Scotmid grant 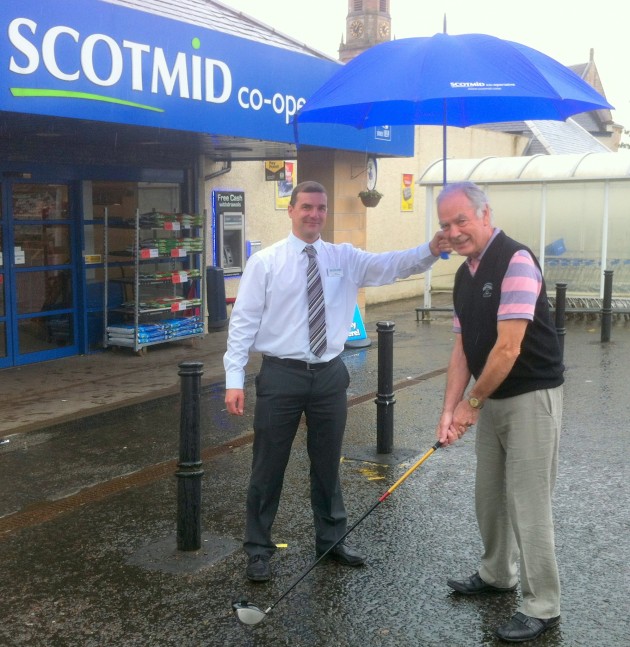 Store Manager John McIntosh with Bill Clemenson from the Open

Strathaven Golf Club’s Senior Open has received a donation from Scotmid Co-operative for this year’s tournament.

The 2014 Senior Open, which will be held on 27 June, is set to attract some of the top senior golfers from across the UK. The senior’s tournament is open to any amateur male golfer aged 60 or over that holds an official handicap. Prizes will be given to the top four players on the day, with proceeds from the event donated to local charities.

John Leaney from the Strathaven Golf Club said: “We appreciate the continued support of Scotmid for the Strathaven Golf Club Senior Open, which supports local charities. Last year we gave £200 each to WRVS Derby and Joan, the community bus, and the Rainbow Club, as well as £104 to the Yorkhill Trust. If you would like to play on the best greens in Lanarkshire and appreciate the challenge of narrow tree lined fairways this is the Open to play in.”

Yvonne Goodfellow, Membership and Community Officer for Scotmid Co-operative said: “We are delighted to be supporting the Strathaven Senior Open again this year. We have two stores in Strathaven and we are very proud to help community events and projects in the local area.”