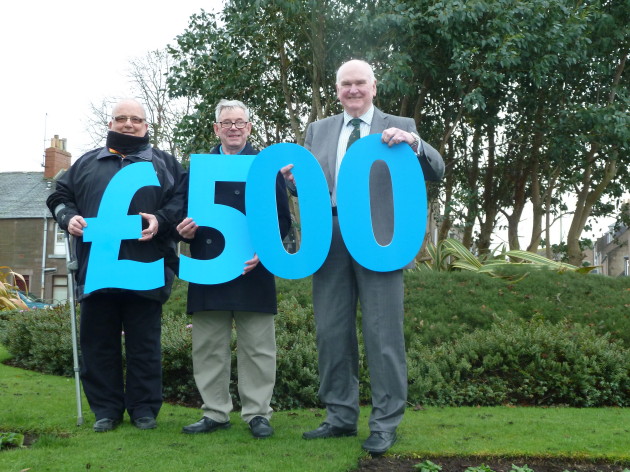 The community council is delighted with the donation from Scotmid. It will be spent on things to be enjoyed by both the Montrose community and the many visitors to Montrose

A £500 donation from Scotmid Co-operative had enabled Montrose Community Council to get off to a blossoming start by supporting the purchase of several hundred bedding plants for the town.

The Community Council for the Royal Burgh of Montrose, the eyes and ears of the Montrose community, is invested in ensuring the town retains civic pride in items such as floral displays and Christmas lights.  The grant from Scotmid’s North Regional Committee is the first donation to the newly reformed group from a local retailer.

Ted Smith, Secretary for Montrose Community Council said, “The community council is delighted with the donation from Scotmid.  It will be spent on things to be enjoyed by both the Montrose community and the many visitors to Montrose.  We have already purchased a number of bedding plants and with the help of members of the local community we have put these into the flower beds at Provost Scotts Road and Panmure Place.”

Scotmid’s North Regional Committee is made up of nine, elected Scotmid members.  The committee meets regularly to consider grant applications from community groups, charities and non-profit organisations from Perth to the Northern Isles.

North Regional Committee Chairman, John Anderson commented, “The Scotmid community grant exists to give a little boost to community groups and assist them in reaching their full potential.  It’s a pleasure to be able to support Montrose Community Council, especially when they are so deeply invested in ensuring Montrose remains a town for all residents to be proud of.  I wish the Community Council all the very best with their future endeavours and as a resident of Montrose, I look forward to seeing the fruition of their hard work over the coming years.”