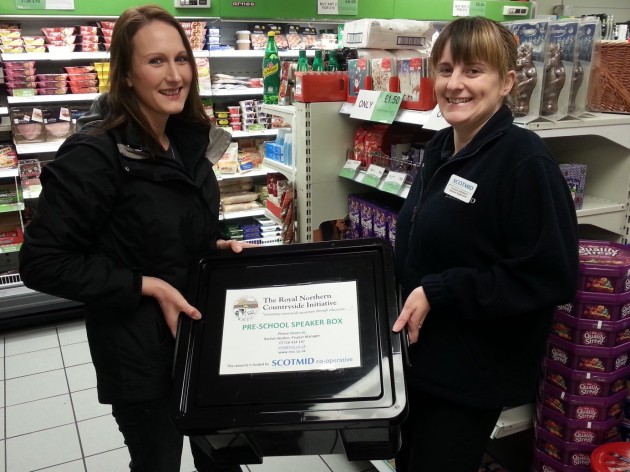 The aim of this is to sow a simple seed in the minds of young children; that farmers produce the food they eat

A charity whose aim is to help children and their teachers in the North east of Scotland develop a greater understanding of farming and the working countryside has received a boost from the Scotmid Community Grant fund.

The Royal Northern Countryside Initiative (RNCI) is an educational charity established in 1987.  It covers Aberdeen City, Aberdeenshire and Moray and works under the auspices of The Royal Highland Education Trust.

The RNCI was awarded a grant of £450 from Scotmid’s North Regional Committee which is made up of nine, elected Scotmid members.  The committee meets regularly to consider grant applications from community groups, charities and non-profit organisations from Perth to the Northern Isles.

Rachel Heydon, Project Manager for RNCI said, “The grant will allow us to put together three nursery boxes which will be full of curriculum linked materials such as DVDs, books, games and toys suitable for the three to five year old age group.  The boxes are left with nurseries for up to two weeks before a farmer visits the children to discuss what they’ve learned.

The aim of this is to sow a simple seed in the minds of young children; that farmers produce the food they eat. The charity relies on fundraising and one off donations so this donation from Scotmid will be put to very good use.  We currently only have one nursery box so being able to put together three new boxes will mean we can keep up with the demand and reach far more children than we can at the moment.”

Scotmid North Committee Chairman, John Anderson, commented, “The Scotmid community grant exists to give a little boost to community groups and charities and assist them in reaching their full potential.  It’s a pleasure to be able to support the RNCI, especially when they are meeting such a unique need.  I wish the charity all the very best with their future endeavours.”