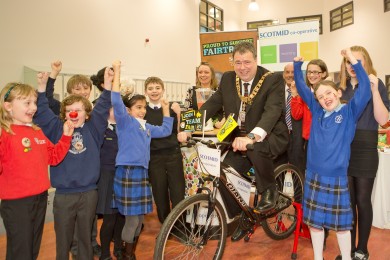 Scotmid has been the main sponsor of the Edinburgh Fair Trade Group for the past nine years and is also proud to support the annual Lord Provost’s Fairtrade Awards.

Nominations are now open for The Lord Provost’s Fair Trade Awards 2014. Awards are made each year as part of Edinburgh’s Fairtrade Fortnight celebrations, which will take place from 24 February to 9 March 2014.

This is your chance to vote for your favourite fair trade business, organisation and individuals. There are four Fair Trade nomination categories this year: Achievement, Newcomer, Faith Community and School.

The awards will be presented at a special ceremony in City Chambers on Monday 24 February, the start of Fairtrade Fortnight 2014.

Find out more and nominate online on the Edinburgh City Council website.