Comparable results from Scotmid despite difficult start to year 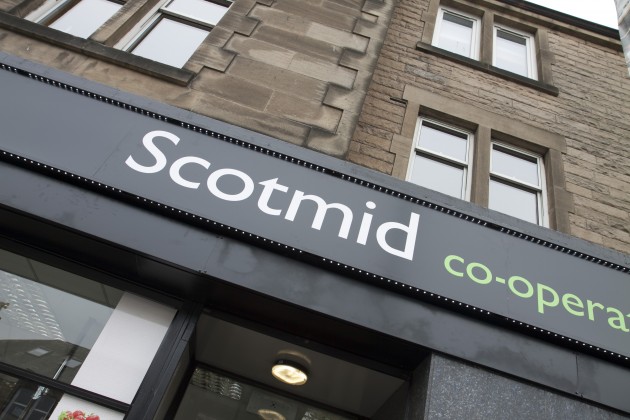 Scotmid Co-operative has delivered a £2m operating profit (for the 26 weeks ended 27th July, 2013), a comparable result to the same period last year, despite a difficult start to the year following a prolonged period of bad weather.

John Brodie, Chief Executive of Scotmid Co-operative said: “The good summer weather gave a strong boost to our retail trading businesses in late June and July, helping to catch up with the adverse effect of the prolonged cold weather in winter and spring, which impacted on our early retail sales performance.

“The Society, despite a challenging retail trading environment linked to an ongoing squeeze on household incomes, continues to be in a strong position with assets of around £95m.”

Focussing on new initiatives and business improvements in Scotmid food community convenience stores, such as store segmentation, the successful rollout of in-store bakery counters, the extension of the ‘Premium Fresh’ store trial and new local, fresh and ambient ranges, have all helped to highlight a point of difference from competitors.

The Society’s non retail businesses – Property and Funeral – have once again shown good growth. Property was a particular highlight in a challenging marketplace and Funeral continues to grow its reputation for providing the best care and attention to their clients in their time of need.

An exciting development for the Society was the announcement of the merger with Penrith Co-operative, expanding its food community convenience business into England for the first time in its 154 year old history. The merger has now been fully approved by Penrith members and Scotmid Co-operative is looking forward to the transfer of new members and colleagues into the enlarged Society in October.

The Society continued to develop its membership and democratic structure with the successful transition and creation of a North Regional Committee, culminating in the election of the co-opted committee members at the AGM in 2013.

Looking to the future, John Brodie said: “Although there have been some reports of economic recovery, this appears to be specific to certain locations and sectors and is not evident in the retail and consumer sectors in Scotland, Northern Ireland and Northern England.

“There will normally be a significant time lag before any recovery filters down to consumers, so the outlook for the second half of 2013 remains challenging. We continue to sound a note of caution as the erosion of real terms disposable income is the everyday reality for our customers.

“We will therefore continue with a measured approach to these difficult times, looking to develop new initiatives with a strong focus on continued improvement.”

Scotmid Co-operative is Scotland’s largest independent co-operative society and has been at the heart of local communities since 1859. The Society employs nearly 5000 staff in 350 retail and service outlets across Scotland, Northern Ireland and the North of England. This includes Scotmid Food, Semichem, The Fragrance House, funeral branches, post offices and a property division. The Society is owned, managed and governed in Scotland and as a co-operative is democratically controlled by its members.