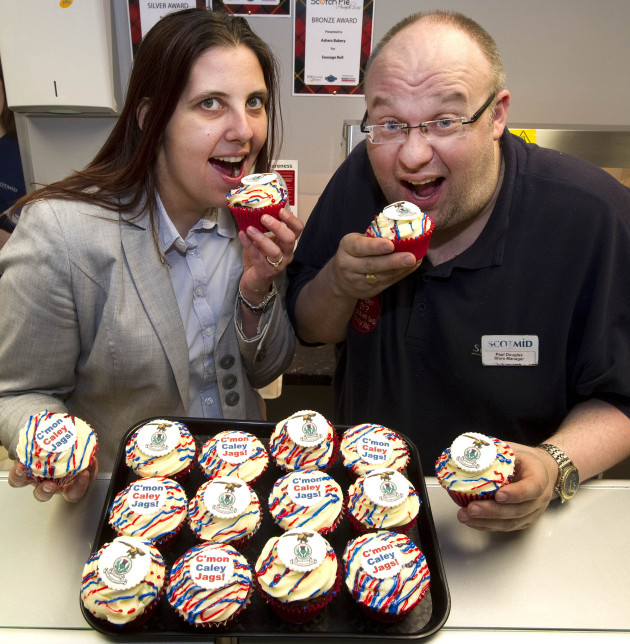 Ashers Bakers of Nairn has launched Caley Jags Cupcakes to cheer on Inverness Caledonian Thistle, while JG Ross of Aberdeen has created an Aberdeen Angus Buttery to back Aberdeen FC.

The cupcakes and butteries will be on sale in all of Scotmid’s stores with bakeries in the Inverness and Aberdeen area respectively. JG Ross has created an Aberdeen Angus Buttery to back Aberdeen FC.

Danny Scobie, Food Bakery Support Manager for Scotmid said: “It’s wonderful that JG Ross and Ashers are getting behind their local teams with the launch of these fantastic new products. The Caley Jags Cupcakes and Aberdeen Angus Butteries are both delicious and are available in all of our stores that have an Ashers or JG Ross bakery counter. We’re proud to be working with both local bakers and we wish the teams the best of luck in Sunday’s Scottish League Cup Final.”

Scotmid has now established partnerships with seven Scottish craft bakers, including Ashers Bakery of Nairn, Aulds of Glasgow; The Breadwinner Bakery of Edinburgh; Goodfellow & Steven of Dundee; J.G. Ross of Inverurie; Stephens Bakery of Dunfermline; and Stuart’s of Buckhaven. Scotmid also has a new partnership with English baker Bryson’s of Keswick, for its Lakes and Dales Co-operative stores in Cumbria.