Scotmid Store Manager to scale The Roof of Africa 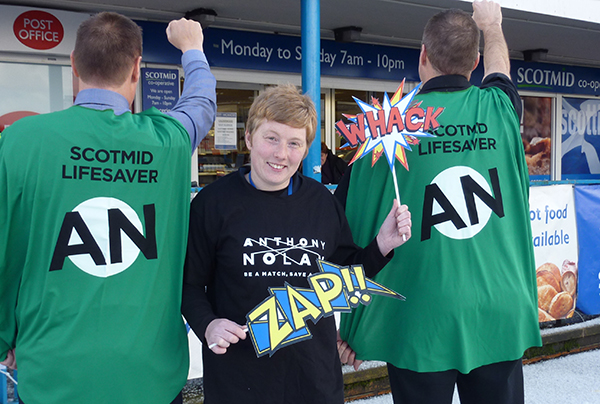 Her intrepid adventure will begin on Wednesday 4 February 2015 and she has been busy training in the Scottish Highlands to help her prepare for the most gruelling experience of her life.

Gillian told us: “I haven’t always climbed – until I watched a programme about Mount Kilimanjaro on television and decided it was something I’d like to attempt.  Having never climbed a hill and barely even looked at a mountain, that seemed a pipedream, yet here I am, only a few weeks from attempting to make it a reality.”

At 5,895m (19,340 ft), Mount Kilimanjaro is the highest freestanding mountain in the world where altitude sickness and freezing temperatures as low as minus 20 will pose as great a challenge to Gillian as reaching the summit.

Gillian explained: “After 6 days of feeling ill, no appetite and probably several sleepless nights, this will undoubtedly be the hardest physical challenge of my life. Normally ascending 1000 metres is relatively straightforward but the cold and altitude will make every step towards the summit harder and harder.”

John Brodie, Chief Executive of Scotmid Co-operative said: “We are immensely proud of the challenge Gillian has set herself and have no doubt she will be successful in her attempt to conquer Mount Kilimanjaro.

Lila Dowie, Senior Corporate Partnerships Manager for Anthony Nolan, said: “We have been overwhelmed by the effort and passion shown by staff from across the Scotmid family of businesses.

“Gillian is one of these brave supporters – a Scotmid hero! – taking on such a physical and personal challenge as climbing Kilimanjaro to raise precious funds and vital awareness – which are crucial in helping us reach our goal of finding a donor for every patient who needs one.”

Members of the public can support Gillian by leaving donations on her JustGiving page or by texting GMCF81 and your amount e.g. GMCF81 £10 to 70070.

If you would like to track Gillian’s progress during her climb, she will be posting updates on her dedicated ‘Kilimanjaro Climb’ Facebook page.