Who will be awarded £15,000 of Community Connect funding? 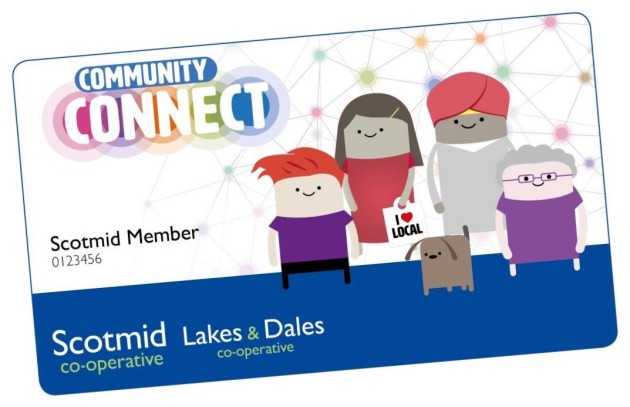 The latest round of Scotmid Co-operative’s popular initiative, Community Connect is about to be decided with nine local charities potentially being awarded up to £15,000 generated from the sale of single-use carrier bags through votes cast by members.

Every member in Scotmid’s North, West and East regions have been given a Community Connect card and each time they shop in a Scotmid store and scan their card they are allocated one vote which they can cast for their preferred good cause group at the upcoming Ordinary General Meetings (East at Murrayfield and West at Bellshill both on Monday 1 October and North at Brechin on Tuesday 2 October.)

The short-listed groups in the West Member Region (OGM is on 1 October), encompassing Glasgow, Paisley, Ayrshire, Dumfries and Galloway, Stirling and Lanarkshire, are Lanarkshire’s Equitots, Esteem Clydesdale and St Andrew’s Hospice in Airdrie.

Previous recipients of £15,000 Community Connect funding include Dundee-based charity Eighteen and Under, Highland Cycle Ability Centre and Glasgow’s Street Connect and the funding has gone towards making their projects a reality.

In addition to Community Connect, Scotmid Co-operative’s Community Grant programme continues to grow in importance and popularity – last year over 1,000 local community groups applied and were awarded a grant of up to £500 and these projects range from Primary Schools’ breakfast clubs to communal garden renovations.