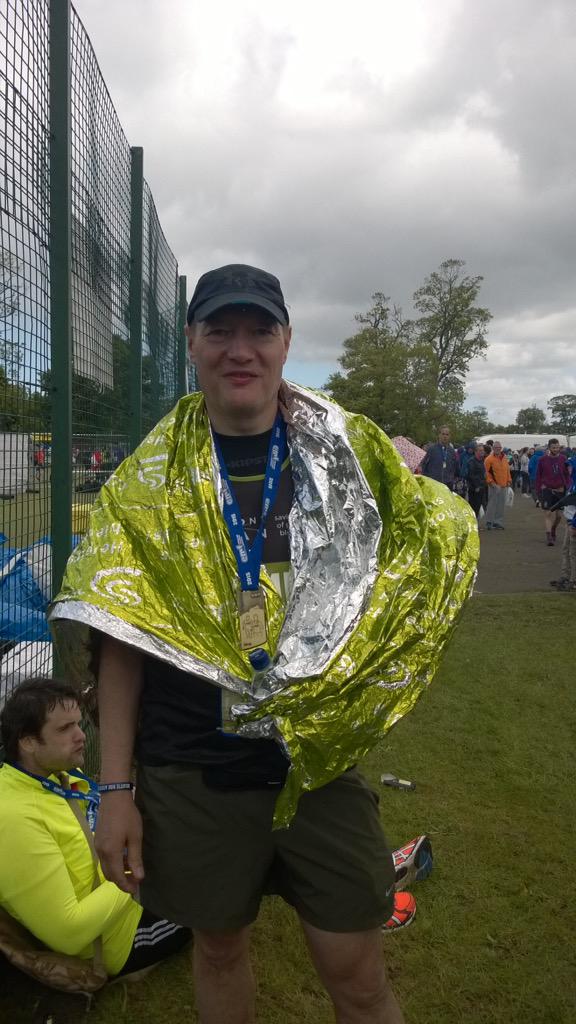 As a Regional Business Manager for Scotmid Co-operative, Jim Harper is used to marathon road trips between Scotmid’s head office in Edinburgh and his stores in South Lanarkshire, Dumfries, Cumbria and Durham.

However, on 31 May, Jim swapped his business suit for running shoes when he completed the 2015 Edinburgh marathon, raising over £2500 on behalf of blood cancer charity Anthony Nolan.

But his journey to the starting line wasn’t easy.

Jim told us: “Initially I had committed to running the 2014 Edinburgh marathon for Prostate Cancer UK, our then charity of the year. When my training started, I injured my Achilles’ Tendon and my marathon ambition was over before it had really started!

“Following an operation to repair my tendon, I was told by my specialist that I would be fit to run again by early 2015, so this left me around five months to get back to training. With this second bite of the cherry, I signed up to the marathon, running on behalf of Anthony Nolan, Scotmid’s current charity of the year. Knowing that I would be raising funds to help save lives was a huge motivator for me, and made all the pain and effort worthwhile.

Jim continued: “I completed Edinburgh marathon in five hours exactly and it was definitely not as simple as I thought it may have been – I now realise it’s not just physical fitness required, it’s also incredibly mentally tough to keep your legs going for five hours.

“Despite the run (and the weather!) being a challenge, completing the marathon is a real achievement for me and am very grateful for all the support from Scotmid’s store teams, customers and colleagues who were all very generous.

“On the day after the marathon I said I would never do again, however after a few days, I began to think I’d like to do it faster next time! I’m unsure what I’ll do next for charity but I know it will be both interesting and challenging!”

Find out more on our charity page.